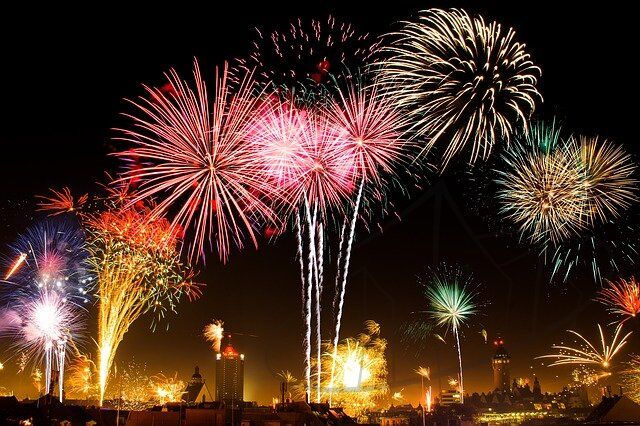 If you have not decided where to spend the New Year’s Eve, yet, but you would like to do something unique and different, then why don’t you come to Italy?

As with most Italian festivals, also for the New Year’s Eve (Capodanno in Italian), food plays a major role, and families and friends get together for big feasts. Tradition calls for lentils to be served on the 31st of December because they symbolize money and good fortune for the coming year. The dinner in many parts of Italy also includes a cotechino (kind of big sausage), and grapes as they symbolize the richness of life in the coming year.

But the Italian New Year’s Eve is not all about food: we like partying and celebrating and our proverbial inventiveness let us create beautiful and funny events.

More or less all cities organize a public party in the main square, certainly all proportioned to the size of the city, so in Rome and Milan a big stage is set with famous artists and singers performing, while the smallest medieval towns normally organize a bonfire with some music to entertain tourists and locals.

Let’s see in detail some of the most famous feasts and take inspiration for your New Year’s Eve. It’s not too late to book your trip to Italy!

Rome
Rome’s traditional New Year’s Eve celebrations are centered in Piazza del Popolo. Huge crowds celebrate with rock and classical music, dancing, and fireworks. On New Year’s day, children will be entertained in the square by performers and acrobats.

Another good place to celebrate is near the Colosseum on Via di Fori Imperiali where there will be live music and midnight fireworks. There’s usually a classical music concert outdoors on the square in front of the Quirinale, which is also followed by fireworks at midnight.

For an elegant evening with dinner in a great restaurant, panoramic views of Rome, and live jazz try the beautiful Casina Valadier in a park overlooking the city. Several theaters present symphony or opera on New Year’s Eve and Rome nightclubs also have special events.

Florence
Also in Florence fireworks will be set off at midnight and the bridges on the Arno River provide a perfect vantage point. Florence also usually holds public concerts in Piazza della Signoria and Piazza della Repubblica.

But if you want to spend a really unique New Year’s Eve, then you must go to Antico Spedale del Bigallo, where a Medieval banquet is held every year.

Imagine being in a Florentine court of the 14th century and sitting among the guests of a noble family who, with a lavish banquet enlivened by the games of jesters and musical intertwining, greets the new year wishing auspicious luck.

Taste ancient dishes from recipes of the medieval tradition: food and spicy wines served in respect of customs and tradition will delight your palate.

Have fun with jesters and storytellers, who will entertain you until the midnight toast!

Let yourself be carried away by exciting sounds on the notes of ancient instruments, dancing in the respect of the tradition of the court banquets of the 14th century.

Ferrara
Ferrara is well known for the beauty of its architecture and it’s always a pleasure to visit it. The New Year’s Eve in Ferrara is certainly one of the most peculiar events in Europe: a big feast will take place in the city centre, reaching its peak with the great fireworks show at the Estense Castle, as if the castle is burning. During the show, fire cascades and glowing fountains will light up the night in a very colourful and festive atmosphere, recalling the old times and the myths of the past, along with the charming sound of popular songs and soundtracks.

It is an event loved by adults and children alike, young people and families, who enjoy this friendly and bright party, until late at night.

Naples
Most towns in Italy have public fireworks in a central square, but Naples is known for having one of the best and biggest displays in the country.

Naples’ fireworks are preceded by a huge outdoor music event in Piazza del Plebiscito where there are usually classical, rock, and traditional music concerts. In some parts of Naples, people still throw their old things out of their windows.

A tradition called Lo Sciuscio originated in Naples, and although it’s not as widespread as it once was, it still exists in some smaller towns nearby. Groups of amateur musicians (now mainly children) go from house to house playing and singing on New Year’s Eve. Giving them a small gift of money or sweets is said to bring good luck in the new year, while turning them away may bring bad luck.

Venice
This is probably the most classy event organized in Italy for New Year’s Eve: no exaggerated fireworks, no broken dishes along the roads.

Many restaurants in Venice go all out with elegant feasts on New Year’s Eve, starting at 9 p.m. and lasting until midnight. Although expensive, they tend to be very good with many courses and lots of wine, but be sure to make a reservation ahead of time because restaurants will fill up early for these special events.

St Mark’s Square has a nice celebration with music, a fireworks display, Bellini Brindisi (toast), and a huge group kiss at midnight; the group kiss is also held in Piazza Ferretto in Mestre.

Amalfi Coast
Italy has long been known for its myriad of vivacious processions and parades, especially in the south. The New Year’s Eve is no exception, and up and down the towns of the Amalfi Coast you will be able to join in on the fun. Crowds of visitors and locals alike will make their way to the street and march together in a chaotic yet lighthearted and fun assemblage. Accompanied by members of the church bearing relics and quivering candles, you can follow this cultural cavalcade through the historic cities and squares.

Folk musicians in Ravello, a town belonging to the coast that is noted for its musical history, perform a series of lively processions that fill the alleyways and avenues with jubilant holiday sounds.

Are you ready for your New Year’s Eve? 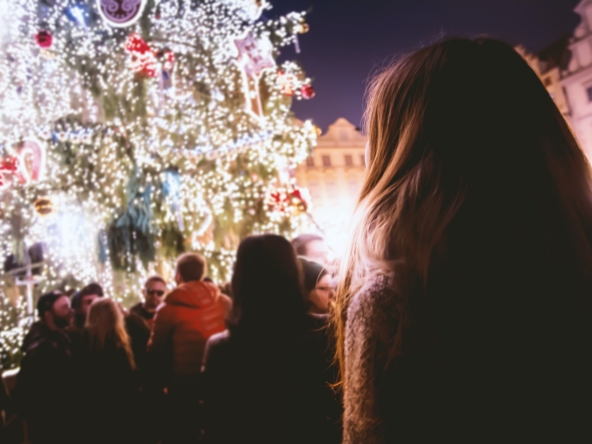 The Five Most Enchanting Christmas Markets in Italy