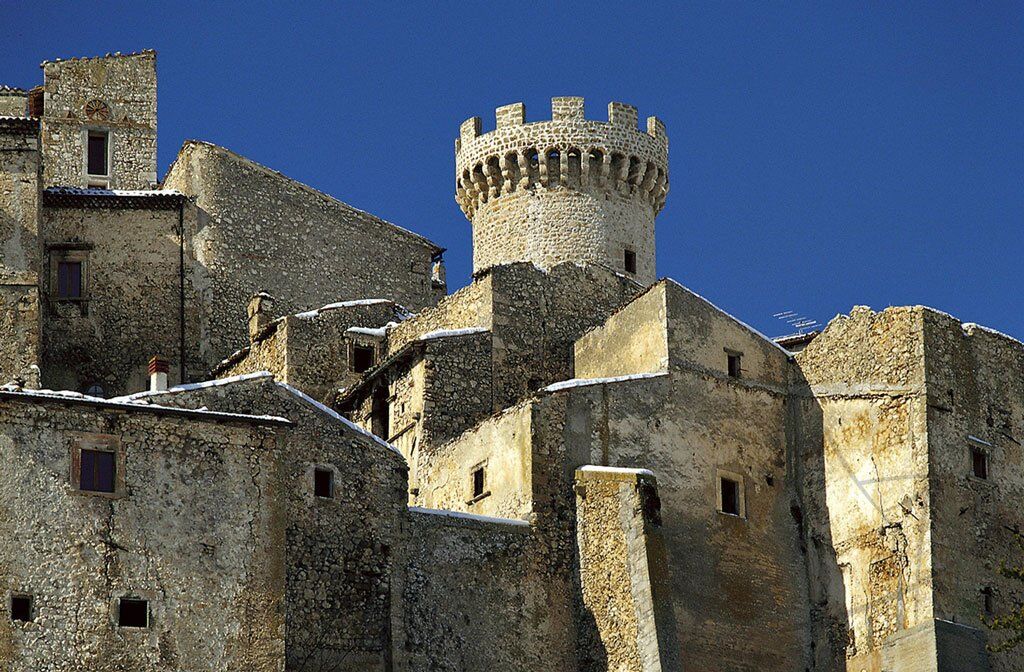 One spring afternoon in the early 1980s Giancarlo Dall’Ara, an Italian hotel marketing consultant, was wandering the streets of a tiny village near Maranzanis, in Friuli, a rural mountainous region in the northeast corner of Italy.

There was an eerie, dreamlike feeling to the remote town. Many of its two dozen or so houses had been destroyed by a devastating earthquake that shook the region in 1976. Although a few elderly residents had remained, many of the homes were boarded up and abandoned.

Mr. Dall’Ara was in Friuli on behalf of the region, brainstorming ways to bring the local villages back to life through tourism, but the area around Maranzanis was an unlikely spot for a hotel. Though he believed that the area and its wild landscape had some potential, he left somewhat discouraged by its poverty and general sense of emptiness. Yet a seed was planted.

This tiny town is just one of hundreds of historic villages in Italy in disrepair. Many of them have been abandoned by the younger generation moving to the cities to start careers or to live a more modern lifestyle. And while wealthy Italians and expatriates are willing to finance the renovation and revival of hamlets in Tuscany, many semi-abandoned towns are in less traveled regions like Friuli and Abruzzo.

Mr. Dall’Ara was convinced that there must be an organized and sustainable way to save some of these places through tourism. Over several years, the simple but ingenious concept of the albergo diffuso was born.

Albergo diffuso translates literally as “scattered hotel.” The principle is that rooms, decorated in a consistently authentic and local style, are scattered throughout different buildings within the town but overseen by one manager. A traditional breakfast might be served at a local cafe or in the kitchen of one of the local houses, or delivered to your room. Call it a B & B village.

Like a holiday apartment, an albergo diffuso allows travelers to imbed themselves in village life, but the bonus is that it offers the basic services of a hotel. There is a reception or central area to report to — sometimes a cafe, other times a shop — where a manager is available to help with questions, recommendations or bookings.

The week in 2008 that Barbara Saks, an Australian, stayed at Trullidea, a Puglian albergo diffuso made up of traditional white limestone dwellings with conical roofs, where rates start at 66 euros, or $82.50 at $1.25 to the euro, was a revelation. “The concept of the albergo diffuso is ideal for independent travelers like us where we can do our own thing but if we need advice we can ask at the office,” Ms. Saks wrote in an e-mail message. “We loved living next door to locals with their dogs and their washing lines. Scenes from life!”

And alberghi diffusi don’t just provide travelers a door into a traditional way of life, but are also healthy for the host villages. “Reconverting an existing room into a hotel room is far more sustainable than building a new hotel,” Hitesh Mehta, an eco-resort consultant and author of a forthcoming book, “Authentic Ecolodges,” wrote in an e-mail message.

Mr. Dall’Ara, now the president of the National Association of Alberghi Diffusi, added that the projects also act as a “driver of development” in their villages, because the managers are encouraged to source all the products used in the village from local producers. And “if a local marmalade producer doesn’t exist, the owner needs to organize one.”

There are now more than 40 official alberghi diffusi in Italy and over 100 more in the works, according to Mr. Dall’Ara. He added that the concept has started to pop up in other countries as well, a trend that he expects will continue. “It’s a very good idea for countries like Spain or Croatia that also have empty rooms in historic areas, that need engines for development without impact,” he said. (…)

“We strongly believe that this is what the new traveler wants: contact with the local population and the authentic experience of living within this community,” said Eric Balet, the mayor of Mase. He added that keeping the village alive was important for the residents too. “We have to preserve those traces of the past so that the new generation understands where they come from.”

One of the alberghi diffusi that is up and running can be found in the poetically aged hilltop town of Santo Stefano di Sessanio, in the Italian region of Abruzzo. In 1999, when the Italian entrepreneur Daniele Kihlgren visited, only about 120 residents remained. Some of the houses — all made from stone — had collapsed, and others had no roofs, but Mr. Kihlgren realized that the fortified medieval hamlet could be a dramatic spot for an albergo diffuso. (…)

Nicholas Turner, a managing director at the Rockefeller Foundation in New York, spent a night at Sextantio with his family in early August of last year. What he most appreciated about the project, he said, was that it “so effectively honors and makes use of all that the environment and history has to offer — renovating existing structures, serving local cuisine, using products of the region, and employing residents.” (…)

And though rooms at Sextantio feature Philippe Starck-designed sinks and modern beds, there’s usually a fire going in the old stone hearth of the small breakfast room whose ceiling is black from centuries of cooking fires.

“Sometimes the stone is talking,” said Antonella Guido, the owner of Trullidea in Puglia. “Just imagine how many people have walked inside these rooms before you.”